In 1967 Twentieth Century Fox studios released
the movie "Dr. Dolittle" starring Rex Harrison. It
was a fun and engrossing film to watch as their
were plenty of animal cameos and lots of lovely
scene shots.

However, being a 7 yrs.old kid with (already) a
glowing interest in insects it struck me "extra
special" when at the last 10 minutes or so of the
movie that Dr. Dolittle rode on the back (thorax)
of the "Giant Lunar Moth". It was as big as a house !

Well, I never gave the film much more thought aside
from watching it a time or two in reruns but, in
Dec. 2015 I travelled to Florida with my family for
10 days of vacation time.

During our stay there we visited Universal Studios
(which you pretty much spend a whole day doing) so,
when dinner time came along we opted to visit the
Hard Rock Cafe restaurant for eats.

To anyone who has ever visited this restaurant chain
you are presented (at every turn) with some sort of
ACTUAL movie memorabilia on display in various cases;
to enjoy whilst dining.

So, on our way up a flight of stairs to the 2nd floor I spied
a remarkable memorabilia (find) I could never have
imagined ever seeing.... 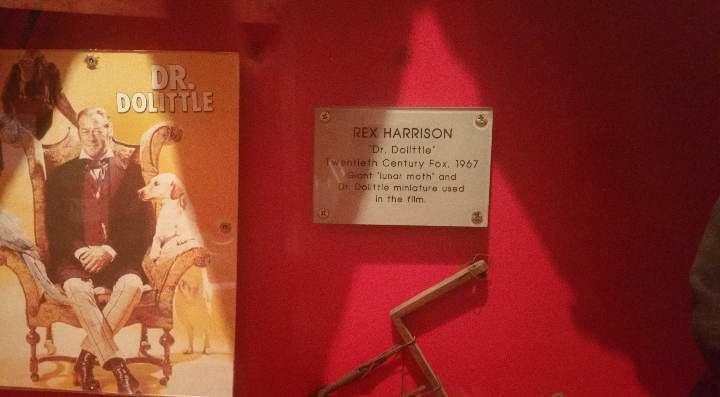 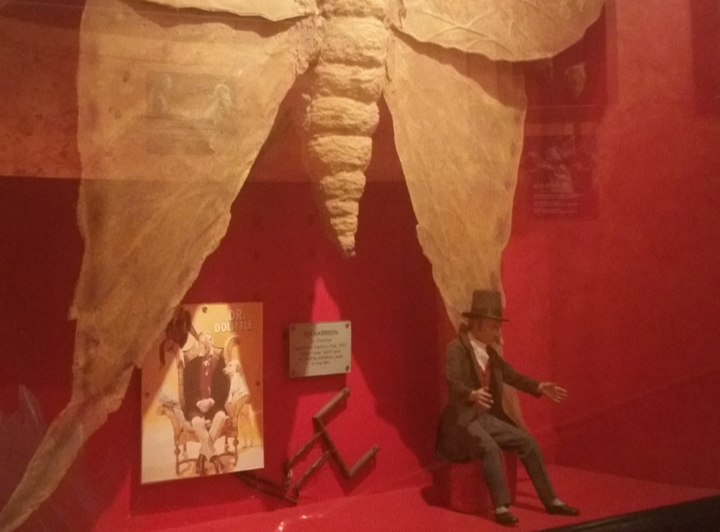 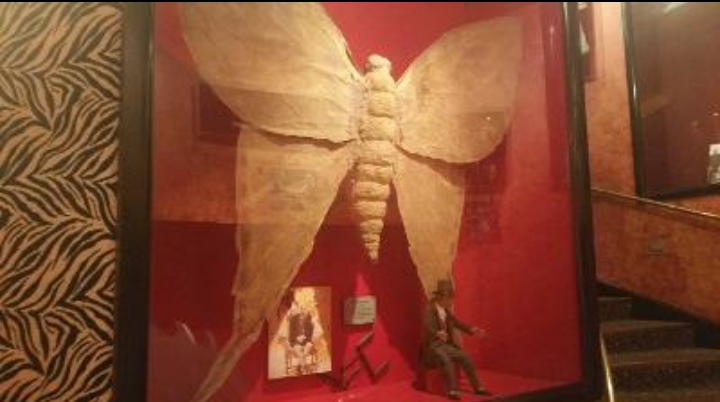 So, here are the 2 props used for the "Giant Lunar Moth"
scene at the end of the film. The moth in the film was
of coarse colorized and actually had the yellowish-orange
coloration of (Argema mittrei).

Perhaps,coloring the actual model would have been more
difficult to film (for some reason) or maybe the studio could
not decide what color the moth would be in the film; so the
prop itself appears an overall (tan) color.

Still pretty cool to see and I hope these images evoke
some wonderful thoughts of adventure from when you
too were once young !
Top

A little before my time, I don't recall much of the Dr.
I am a little familiar with the pushmepullyou as a model kit.
Somehow calling it a "lunar" moth seems to add a little magic.
Movies did mean a lot when us older persons were innocent and impressionable,
I remember being quite upset and concerned when that whale swallowed Pinocchio.
Top 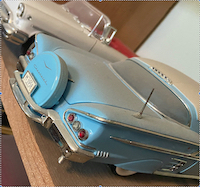 There was also the '50s sci-fi movie "Mothra", featuring a giant moth. The larva was scarier than the moth.
Top

All you have to do is go on to YouTube and look up Dr Doolittle 1967 (end scene). That is the sequence with the giant lunar moth.

Dr Doolittle says in the film that it has a 60 ft wingspan !
Using a staff he roughly carves out its image in the sand of an island shoreline --- where it will land to pick him up.
Top

Check out a British 60s horror film "The Blood Beast Terror"
It has a preposterous lepidoptera related plot & Peter Cushing. An enjoyable romp !!