Discussion on other insect orders not covered above and on other invertebrates such as arachnids, centipedes, millipedes, etc,
Post Reply
1 post • Page 1 of 1

Whip-scorpions which are also commonly known
as "vinegaroons" are imposing looking "mini-monsters"
of the class Arachnida. They prefer humid, dark places
and avoid light. They burrow under logs, rotting wood,
rocks, and other natural debris in tropical or subtropical
regions. A few species are known from drier regions as
well so, over the millenia a few have evolved into such
niches.

Surprisingly, this rather obscure order has seen some
measure of interest over the years and as of 2022 the
World catalog on this group accepts 23 known genera.

Without doubt, probably THE best known species of the
lot also happens to be the largest example of its kind
that I know of.

Below, is my very nice and large example of the
Giant whip-scorpion (Mastigoproctus giganteus)
which was "wild collected" by a friend in Davis Co.
(Texas) in August 1994. 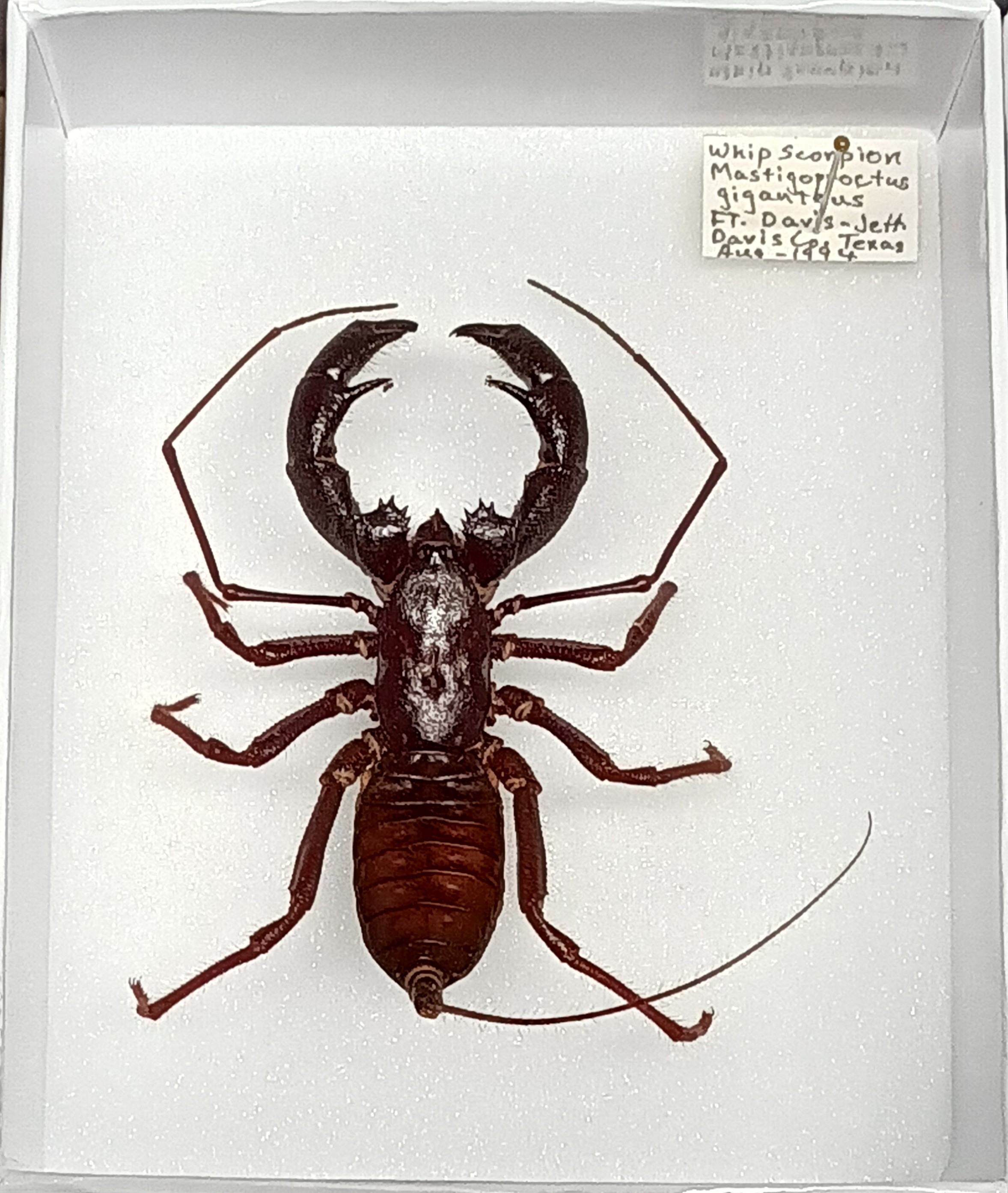 My specimen is whole/complete in its parts even
though my overhead camara shot makes you think
a partial leg is missing.

This species is also found in Arizona and New Mexico
to the best of my knowledge. It remains popular amongst
arachnid enthusiasts for its appearance, size, and ease
of care.

Vinegaroons have the ability when disturbed or threatened
to discharge an offensive vinegar-smelling liquid from the
(whip-like) flagellum located at their tail end. The liquid
contains acetic acid.
Top
Post Reply
1 post • Page 1 of 1

Return to “Other Insect Orders & Other Invertebrates”