I'm in the US, and would like to purchase a single, non-CITES butterfly specimen from a dealer in Canada. Would there be any special paperwork involved for such a transaction? It seems I read somewhere that (at least, in past times), paperwork was only required on the US end when importing a large number of specimens for commercial purposes (unless CITES species are involved, of course). Because they are intracontinental countries, are the rules for insect specimen exchanges between Canada and the US different in any way than those for intercontinental countries?
Top

It's not exactly the same thing, but whenever I've sent anything to Canada, I still have to fill out customs, just like it was going to the EU.
I'm sure someone else has experience with this, and it'll be interesting, now and then I see Canadian offerings, and just bleep right past.
Top 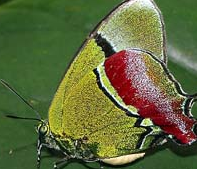 Does anyone know if you need to fill out that USFWS export form if driving over the border from CAN to US?
Top

thejsonboss wrote: ↑Tue Jan 31, 2023 11:42 pm Does anyone know if you need to fill out that USFWS export form if driving over the border from CAN to US?

As far as I remember Canada is not part of USA.
Sometimes I would want to but if it comes to import insects US is a nightmare where I’m glad Canada is not participating in such madness ( at least so far and I hope it’ll stay that way).
I suppose you don’t need to do paper work but you may end up leaving customs empty.

I almost lost all my insect due to this “laws” while transferring planes from French Guiana to Toronto via Miami as I of course didn’t fill up any of those forms.
Top

Some years ago there was (on the archived forum) discussion that there was some "collector's loophole" that allowed import into USA w/o being a licensed USFWS (you still needed to submit 3-177.) I never went back to study CFR to see if this is real or not. This, of course, doesn't change anything concerning export from Canada.

Paul brings up a good (sad) point on importing: when transiting an intermediary country with dead insects, it's not uncommon that one must clear customs and head to another terminal for departure. In that case, you've entered that country, and must clear customs- meaning, you are importing for however short a time, and thus need to comply with all the import/export regulations of the intermediary country. As per Paul's example, one could lose all their specimens.

I too came very close to losing thousands of scientifically valuable specimens when I suddenly found I had to exit an airport only to re-enter. Only because it was late at night at the CITES office didn't answer the phone, and because the customs officer had a shred of common sense and dignity was I allowed through with these specimens and a stern warning that they'd better not show up in their commercial market.
Top

I don’t think there are regulations on export of insects from Canada. I sent few times and declare dry dead insects with no problems. There are simply no laws on both in and out except of course CITES species and protected species.
All Papilionidae in Ontario are protected, other provinces are fine. Apparently there was a good scientific reason to protect all Papilios even though most are very common.
The reason: “they are beautiful butterflies”, very scientific as you can tell.
Top

It looks like this is for shipping goods commercially, which I am not. I should have specified.

This is good to know. I see the states moving this way in the not so distant future.
Top

This is good to know. I see the states moving this way in the not so distant future.

Isn't Papilio aristodemus the only papilionid species currently protected in the US?
Top

I was going to point out the same name change. This has been removed from CITES appendix I because it is officially considered as extinct in the USA, which asked for it to be listed.

I seem to remember it is, someone here can confirm. I suppose it is State rather than Federal protection? 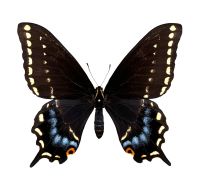 P. indra kaibabensis is protected within the boundaries of Grand Canyon National Park, along with all of the other species of Lepidoptera within the park. I believe that outside of the park it is not protected.
Top

Papilio_indra wrote: ↑Fri Feb 03, 2023 1:35 am P. indra kaibabensis is protected within the boundaries of Grand Canyon National Park, along with all of the other species of Lepidoptera within the park. I believe that outside of the park it is not protected.

That's my understanding of the situation as well. I seem to recall reading a news story some years ago about someone being prosecuted for selling P. indra kaibabensis specimens, but don't know if it was ever proven that they were actually collected in GCNP. It seems that the logic was that, because the majority of this subspecies' range is apparently within the park's boundaries, the authorities assumed that the specimens were collected there. Obviously though, this wouldn't necessarily have been the case, as undoubtedly, this ssp. ranges outside the park's borders to some extent. Also - surely someone has captive-bred kaibabensis by now? If anyone can elaborate on the above comments, I'd be interested to hear. I'm not very knowledgeable about kaibabensis, or any of the other ssp. of indra, for that matter.
Top

You are thinking of Mr. R. Skalski.
Top

A long read Eurytides- interesting article. Clearly virtually every collector knows National Parks are off limits, as are state parks.
Interesting individuals as well, seemed a little obsessive, I recall seeing a program where a collector had what must have been
thousands of Colias, a single species, just case after case and on, of course, that was done legally, the point of interest was the
amount of animals . Seemed a bit pointless to me, having thousands of the same butterfly, and that's all he collected, there was
nothing else, at least they didn't show so on the interview.
Top

I'm struggling to think of something significant that was accomplished by anyone who was NOT obsessive.

As for a series of thousands...

The North American Lycaenid guys did some genetic analysis, and turned the field guides upside down. Now they're scrambling to find fairly common blues from fairly common locations; nobody had bothered to collect them because they were, for a century, just common blues.

I've caught, and raised, thousands of Callosamia promethea. So many would come to the lights that I'd take them around the dark side of the house and toss them into the forest, hoping they'd go away. I retained only a few that stood out as brilliant or different. Then one day I pulled out my Callosamia drawer- which held only a half dozen pair- and stopped: THAT is not promethea, that's angulifera. And I looked at the others- that wasn't the only angulifera specimen! So a month ago this came back to me, along with the fact that Saturnids have disappeared, so I dug out my papered specimens and sure enough, those I had from 1980s are ALL promethea. Unfortunately in a way, the papered specimens I pulled out were those that had been forgotten when I'd given away thousands of specimens to Cornell only three months ago. And in what I donated, I know for a fact that there were promethea...but I don't know if there were angulifera. Besides which I also have specimens I can't tell if they are promethea or angulifera, and all date within the past decade or so; the older ones are all promethea. So now I have to wait for Cornell grad students to set all those to figure out what the heck happened to promethea & angulifera in my area.

My research on Tiger Swallowtails in NY has well demonstrated the need for series. In examining three private collections from 1970s-1980s with 14,000 and 6,000 and 3,000 specimens respectively, each collection held but a dozen Tiger Swallowtails. Why? Because they were just Papilio glaucus, they were common. And not just private collections- institutional collections suffer the same hole. And the geneticists also were missing test specimens from NY/ PA/ CT, but had plenty from VA and MI. That's now taken care of.

My field work in 2022 yielded 84 local specimens. Half were frozen and went to the geneticists. The other half were set for morphological analysis. And what that revealed caused me to take my 2021 unpublished paper and throw it away. A series demonstrates consistency, but also outliers; add in the specimens I got in KY and PA and it becomes clear that oft-published morphological identifiers are not at all reliable.

So yes, there are a number of reasons to have a series. I never bought into keeping series, but I am a firm believer now.
Top
Post Reply
16 posts • Page 1 of 1