Two things which strike me here.
The first is sadly how mounted specimens never quite fully retain the incredible beauty & vibrance of living butterflies. This lovely photograph is testament to that
The second in how unobtainable this species was to collectors in general & certainly for myself here in the U.K. during the 1970s, 1980s & 1990s.
It was only with the dawn of the Internet that this species became generally available. At a price.
I now have three subspecies in my collection. Believe I have shared this photo before but it bears re-posting for this thread I think.
Top row left to right. Male P. k charlesi(China) Male P k thawgawa(Myanmar/Burma)
Bottom row a pair of the nominate subspecies from India I have a Nikon DSLR with a WU-1a wireless adapter that allows me pair the camera with a computer, iPad, or iPhone and control the shutter release from the device and then automatically uploads the image from the camera to the device. I’m not sure if Canon makes something equivalent, but it is nice not to need the USB-C cable all of the time.
Top
Topic: Papilio krishna | Author: livingplanet3 | Replies: 2 | Views: 9

A great photo of one of my favorite species of the subgenus Achillides, Papilio krishna -

That is an amazing species Kan !

Your photography is equally amazing with so much definition and clarity.

The depth of the blue and red colorations along with the variable golden green / orange sheen (color) range puts this species right up there with the Chrysina in brilliance.

Many thanks for the excellent photos and for any others you may be able to grace us with sometime.
Top
Topic: Specimen Macro Photography | Author: Cabintom | Replies: 10 | Views: 304

WOW, that's an astonishing number of species/ subspecies encountered by you after nearly a decade. Appreciate your time in answering these questions of idle curiosity. My (visits) to countries abroad to collect have been limited to 2 weeks (at the most) in any given place.


Naturally, that only gives you a very small window as to the possibilities that are present if one stays for months or years at a time.

Your long-term experiences and insights in exotic adventure/collecting are always a pleasure to read about and learn from.

The Lamprima from Victoria and Tasmania have purple and red forms but not as shiny as the Queensland ones. 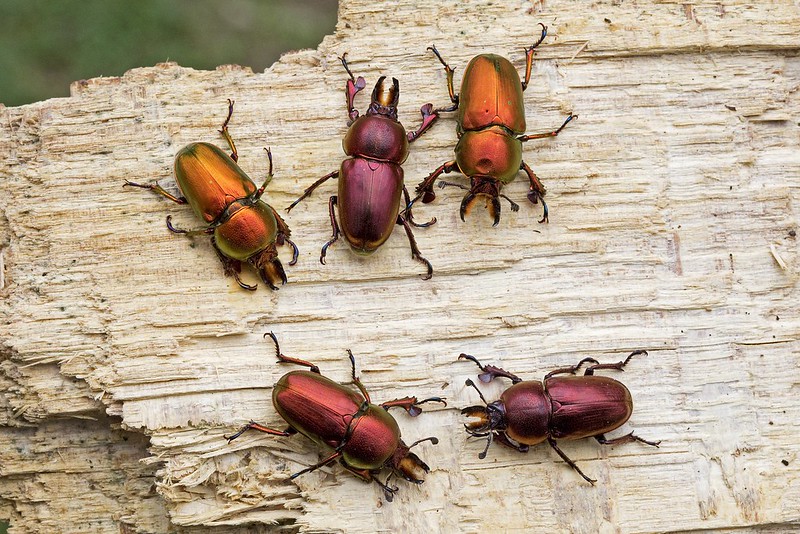 These are one of the best bred by me a few years ago. 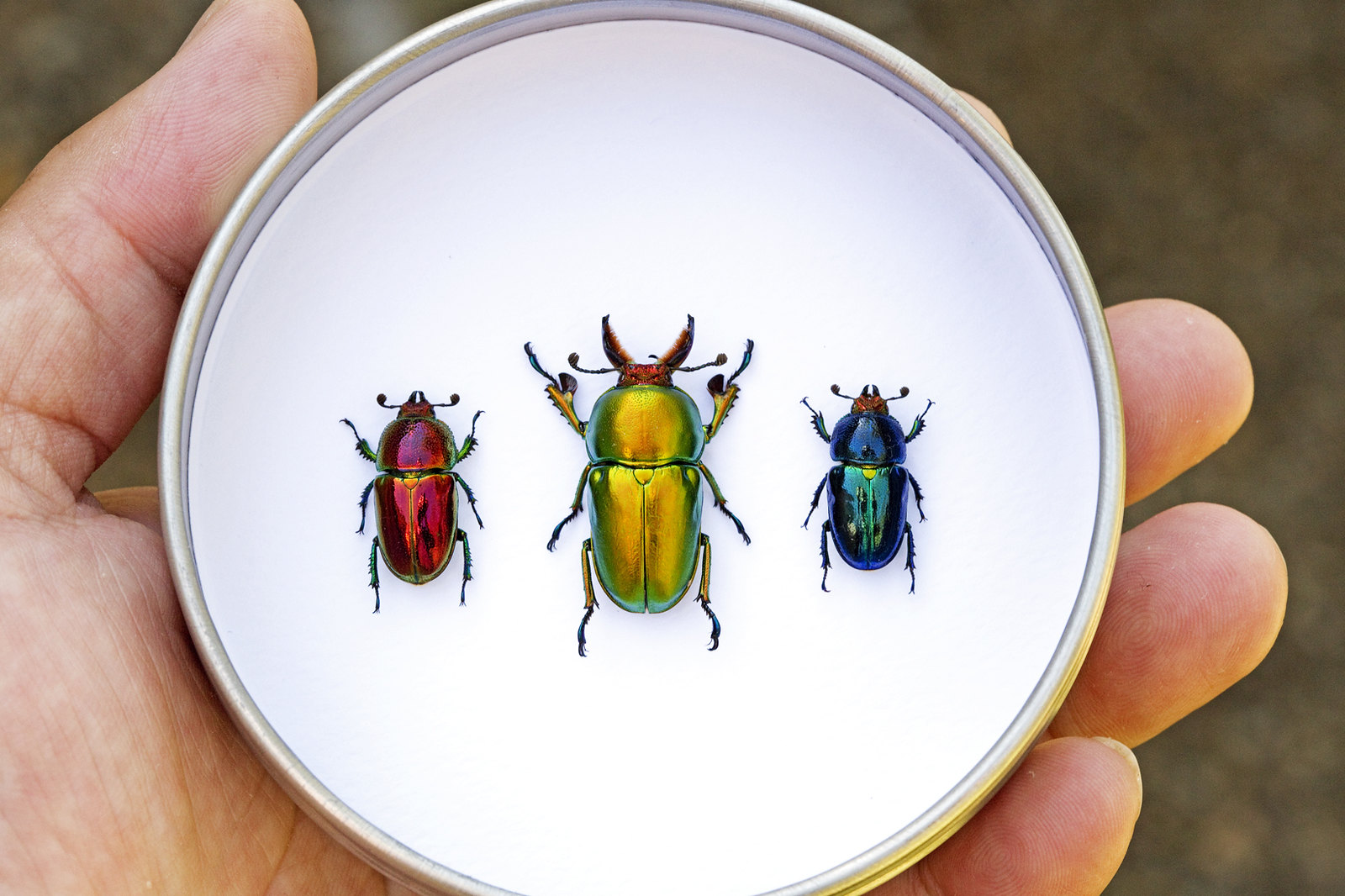 The males in Queensland are shiny golden green with red and organ sheen. 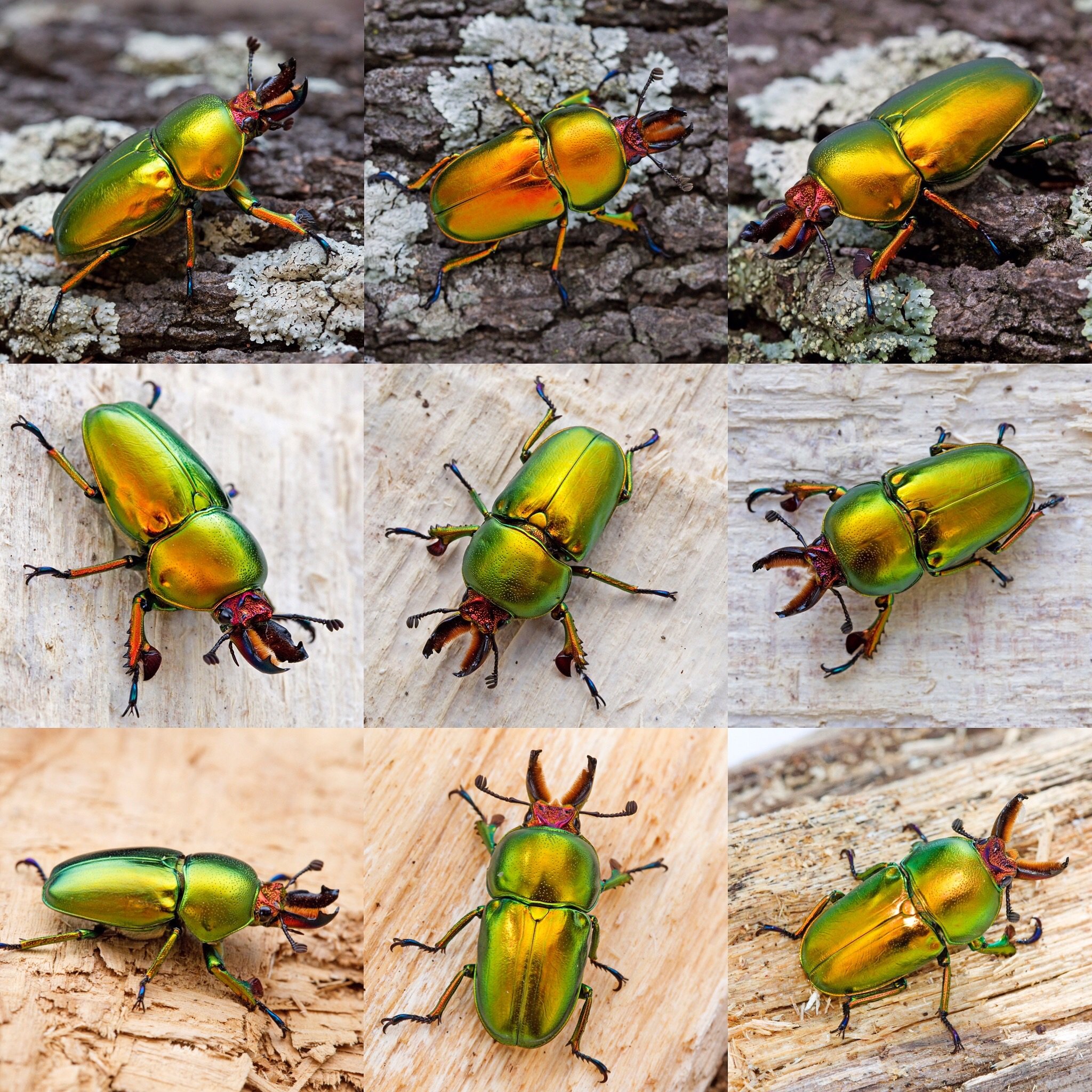 Nice capture. As far as I know aurata and latreillii are now the same species and the new name is Lamprima aurata latreillii.

In Queensland, the females are in different shades of blue, green and red 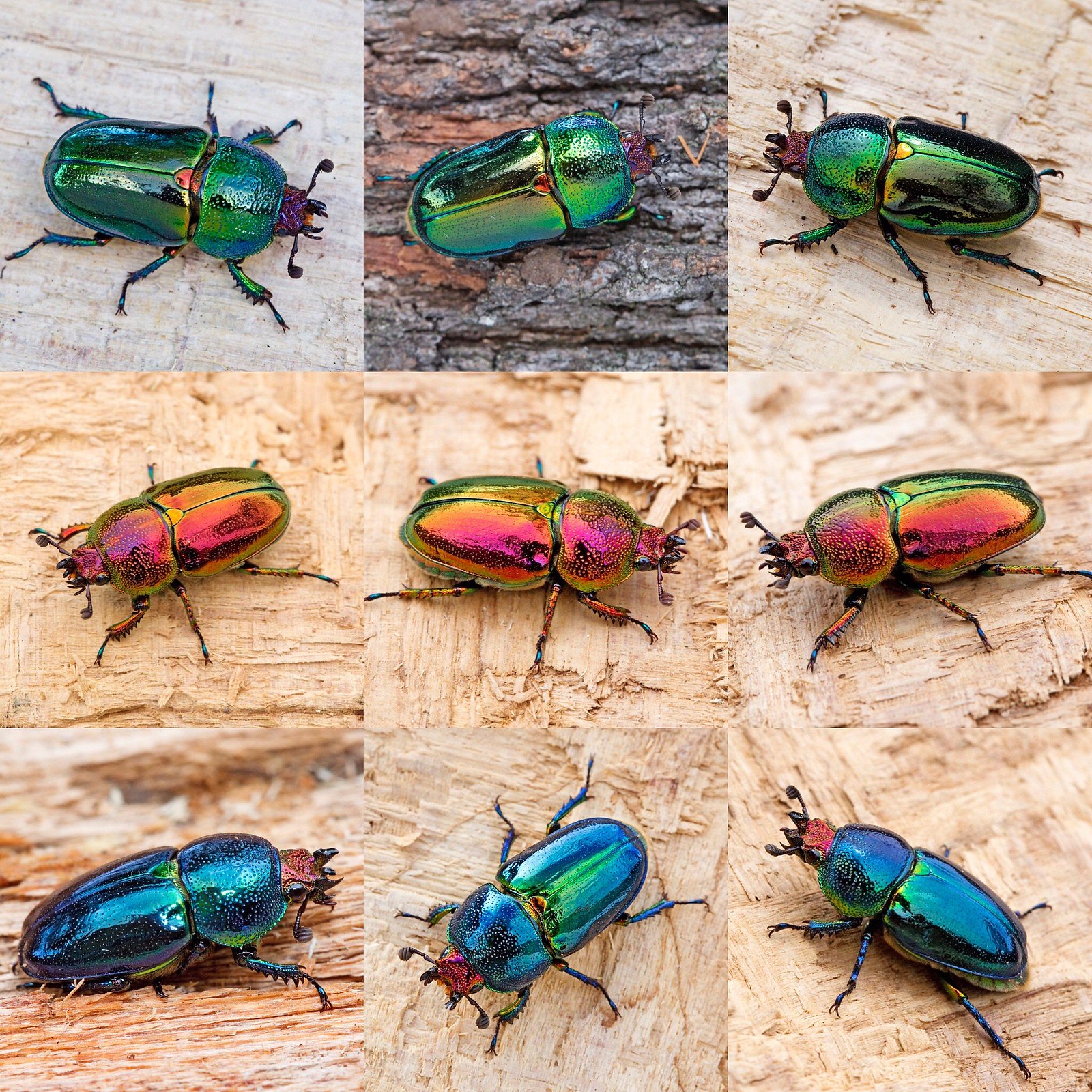 Trehopr1 wrote: ↑Sun Jan 29, 2023 4:49 am As silly as this sounds; are you able to collect butterflies much of the year or are there a few specific months when butterfly diversity is it a high point and those given months are the best times ?

I collect whenever I can. My home province is, to put it bluntly, in chaos, so for the past few years I've only been able to collect when I've been traveling elsewhere. That said, there is definitely seasonal variance in species & specimen abundance but I don't really pay attention that (even if I could collect whenever I wanted). Besides there's always something (many somethings) flying about and interesting seasonal variations to find. It's been my experience that collecting in "less optimal" locations at "less optimal" times & seasons results in interesting discoveries. (Is it firmly dry season? 7:30am? Are you headed to the long-drop? Bring your net! You might find a rarely collected crepuscular skipper zipping around your ankles.)


Trehopr1 wrote: ↑Sun Jan 29, 2023 4:49 am How many species have you thus far encountered during your stay there (approximately) ?

As of this morning I'm at ~820 species/subspecies, collected over a period of 9.5 years. I've got specimens from 3 trips still to work through, so I expect it'll be closer to 835 when that's done. Of the ~820, there's just over 60 species that were included in a couple of lots of specimens given to me by Robert Ducarme (from Nord Kivu) that I have yet to personally collect in the field, there's also ~20 Neptis species which have not yet been described, and specimens from ~30 species which I have not been able to specifically identify (some are likely undescribed species and some are likely aberrant/variant specimens of recognized species but which I've not been able to place).
Top
Topic: Specimen Macro Photography | Author: Cabintom | Replies: 10 | Views: 304

I like the new modifications Cabintom !
Contrast is excellent.

As silly as this sounds; are you able to collect butterflies much of the year or are there a few specific months when butterfly diversity is it a high point and those given months are the best times ?

How many species have you thus far encountered during your stay there (approximately) ?
Top
Topic: Moths from Seram, Indonesia | Author: Marsdenda | Replies: 1 | Views: 39

Can anyone help ID these day flying moths from Seram, Indonesia I will ask the guy who organizes it and let you know.
I would bet on September 23/24 but let's check.

I won't be able to attend it this year as I should be in New Guinea in end September.
Top
Top 100 Insect Auctions
InsectNet Marketplace
Delias butterflies of the world
Topic: Pegesimallus teratodes amazing diptera from Kenya | Author: africaone | Replies: 3 | Views: 40

well shot, many thanks

Does anyone knows what it is ? Does anyone knows what it is ?

I've recently modified this set-up slightly. I'm now using a black background beneath the specimens which cuts down on the amount of light bouncing back into the camera. The benefit is an increased contrast and visibility of wing patterns and colours (the white background tended to overwhelm dark specimens and cause markings on the opposite wing surface to show through). The drawback is that it is more difficult to isolate specimens from the background (especially antennae) and the fishing line support is now very visible (I may experiment with black thread in the future).

Here are a few examples of the new results: 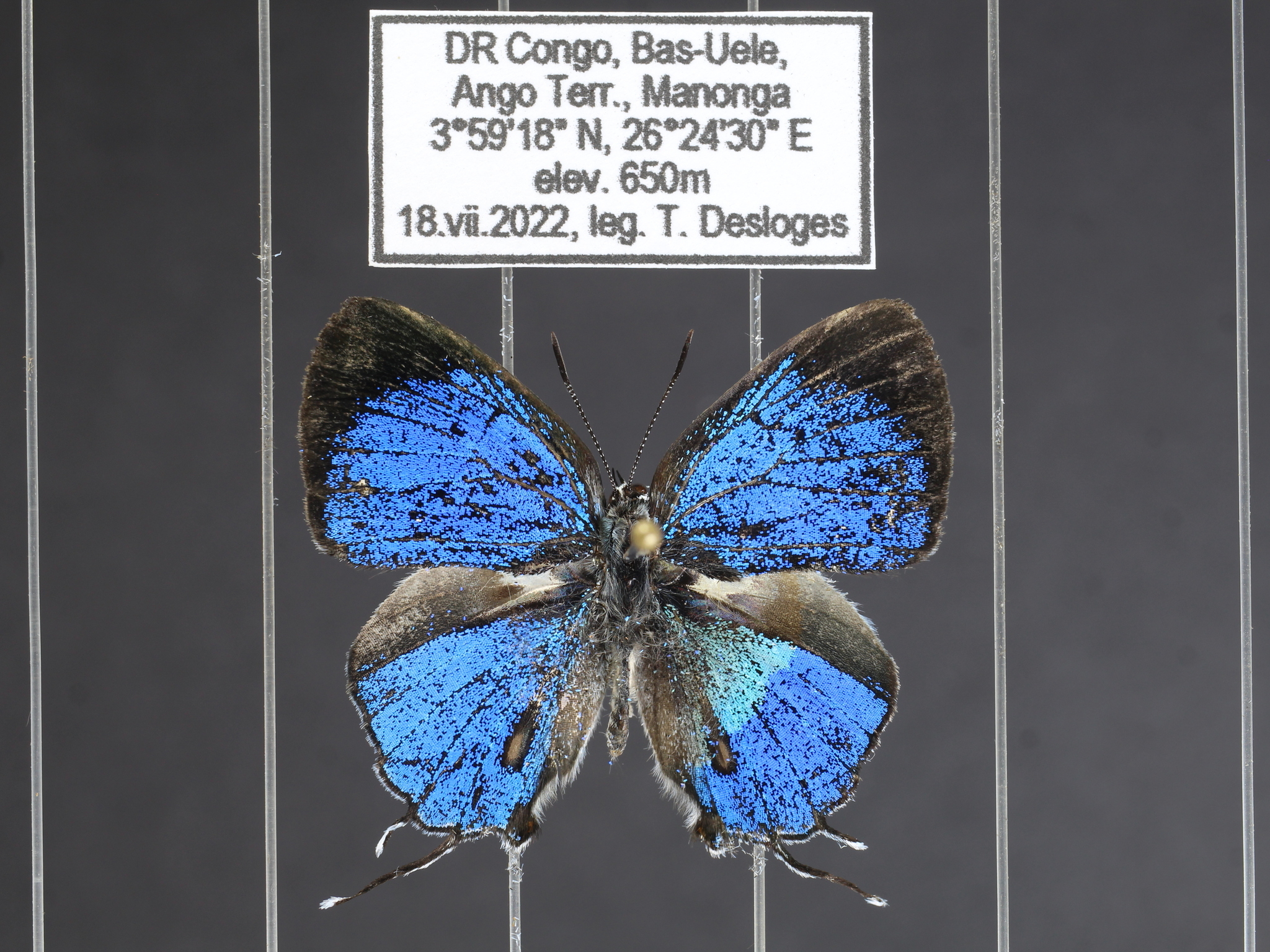 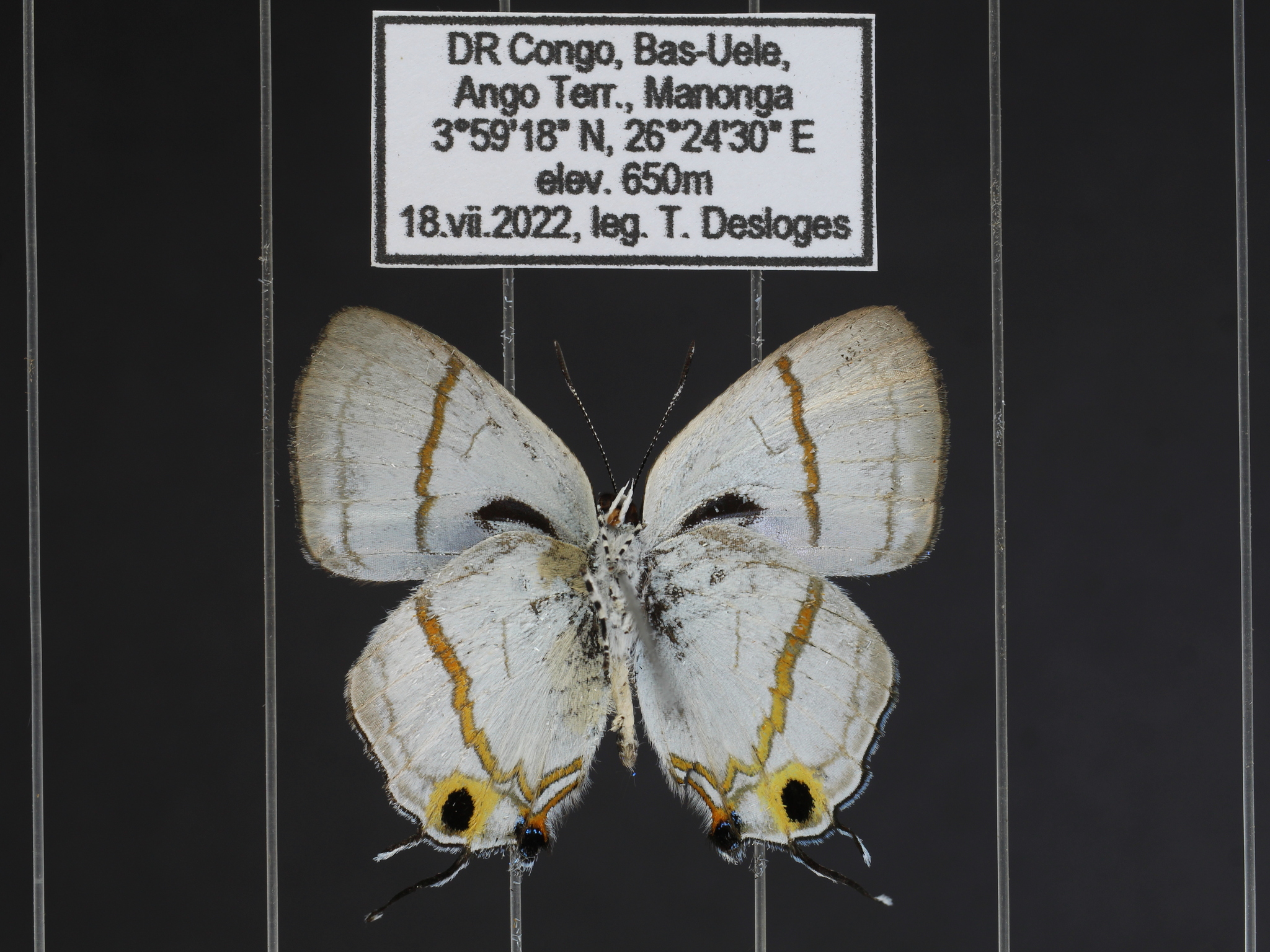 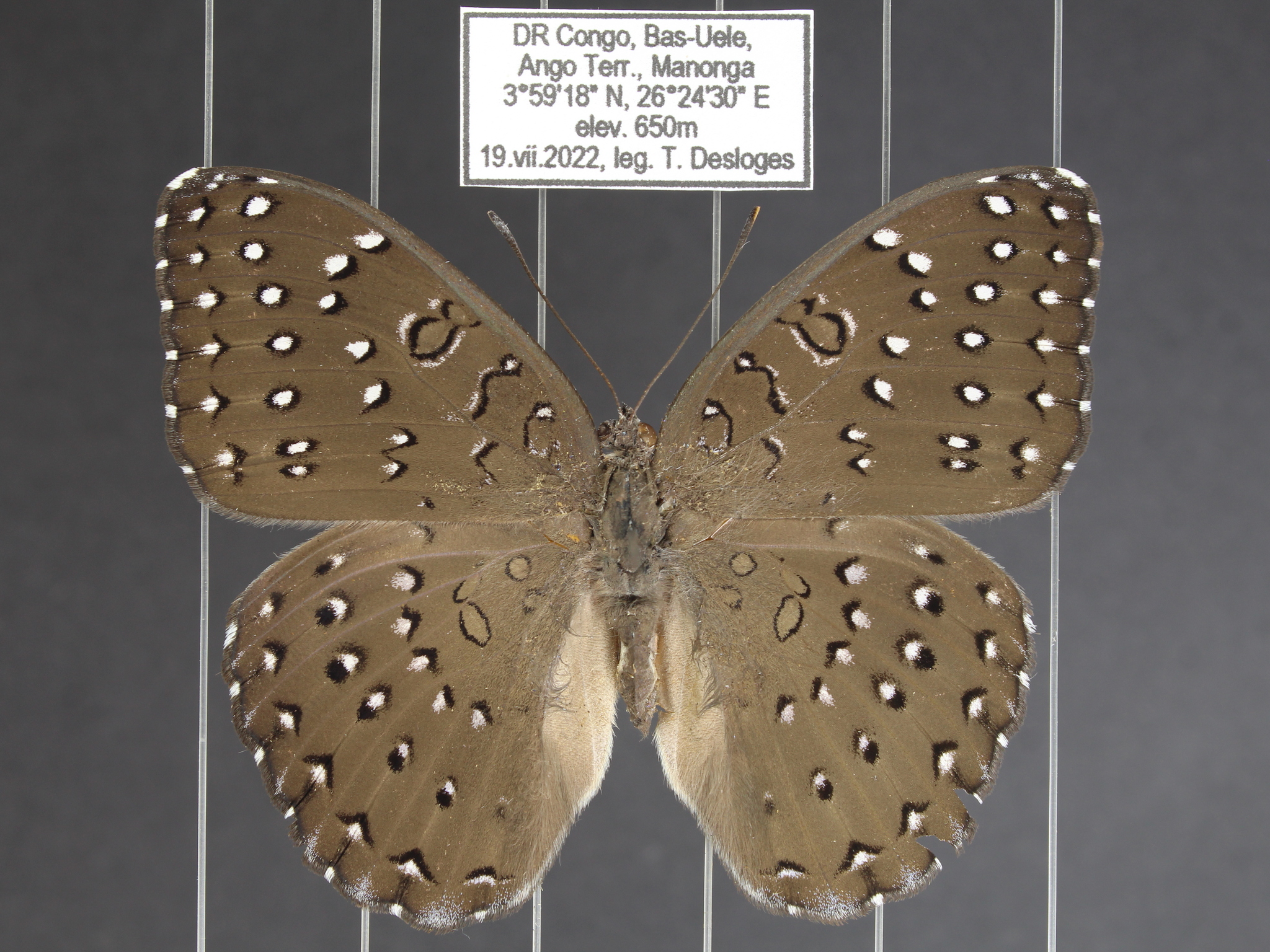 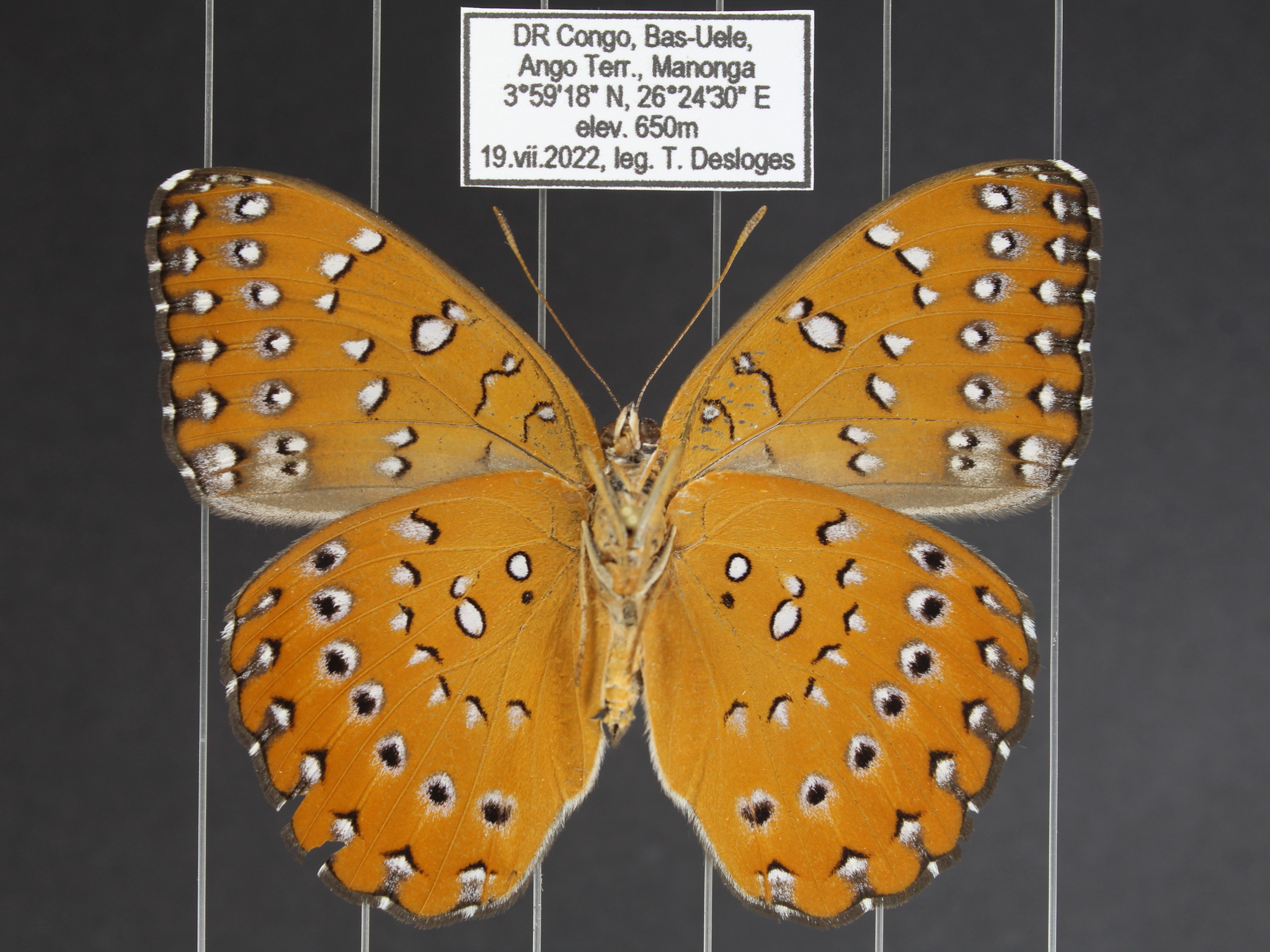 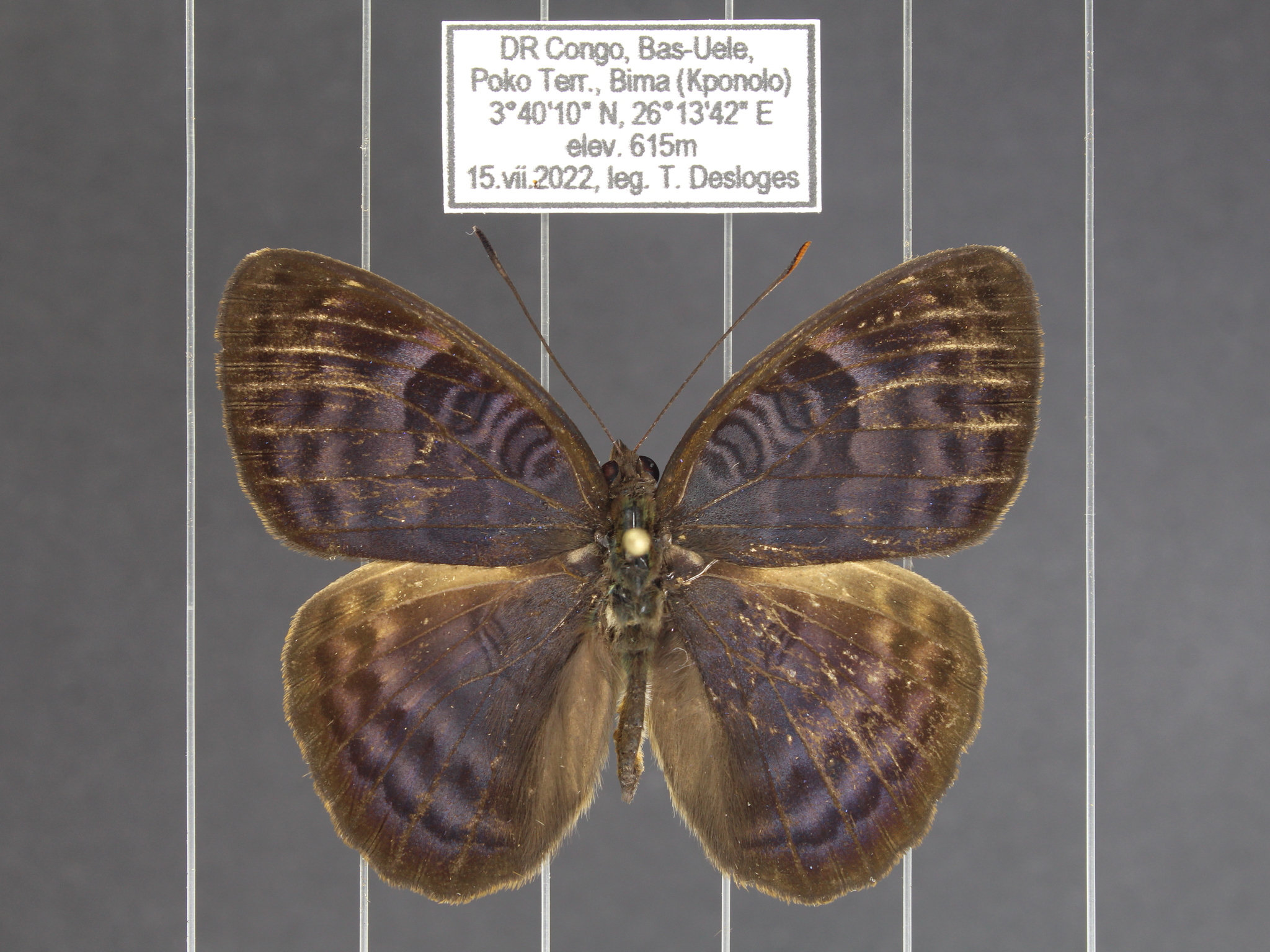 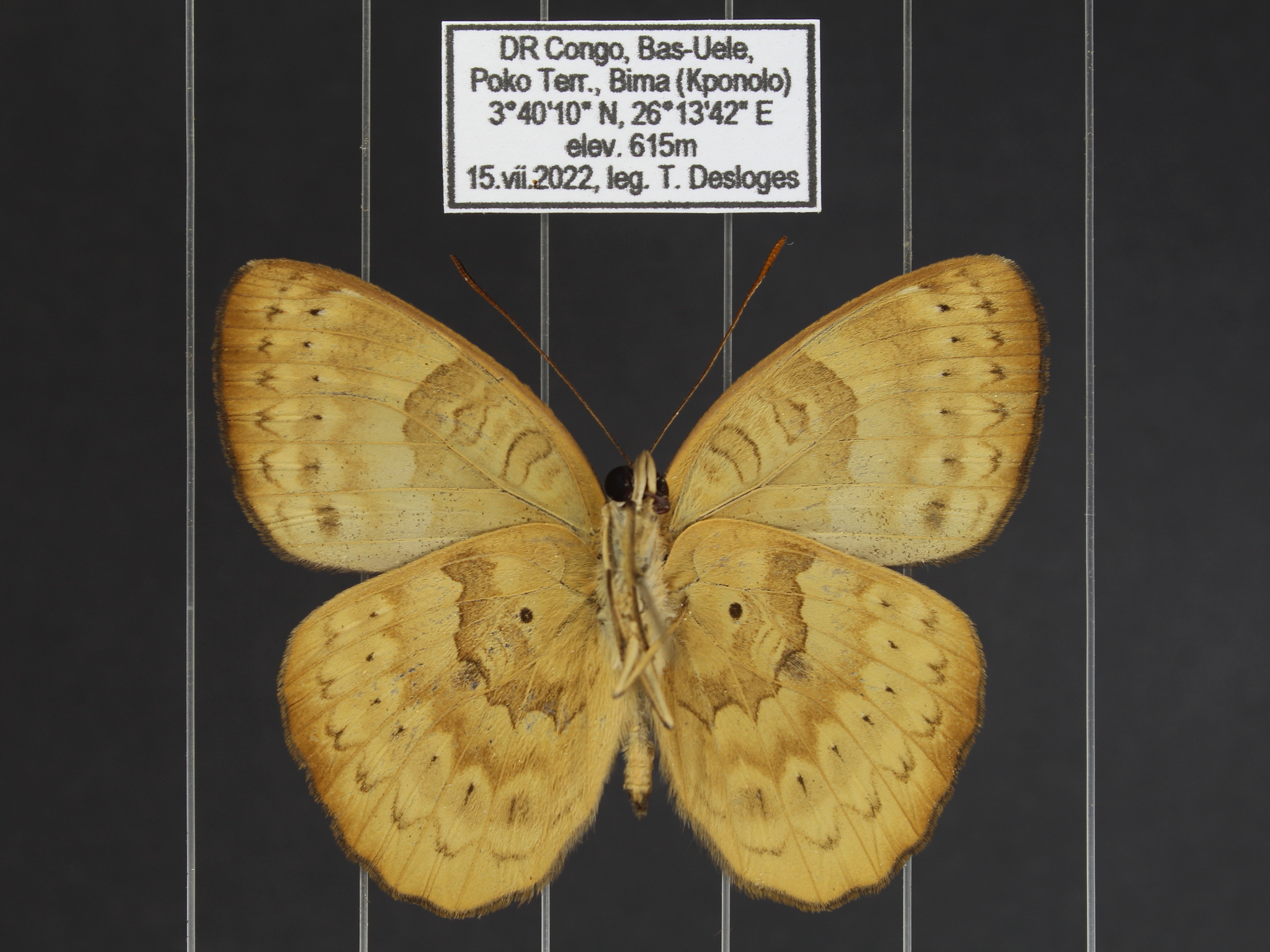 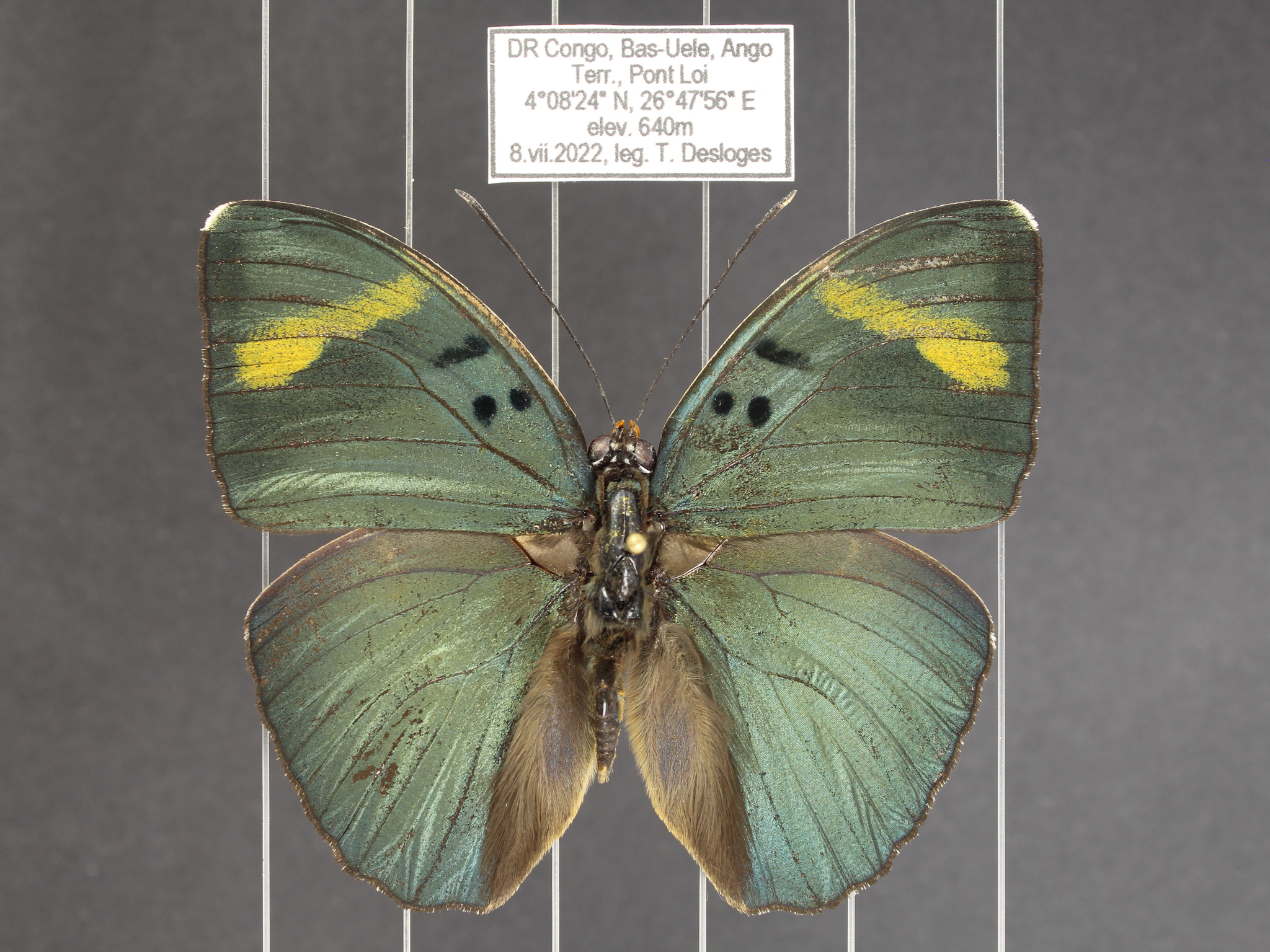 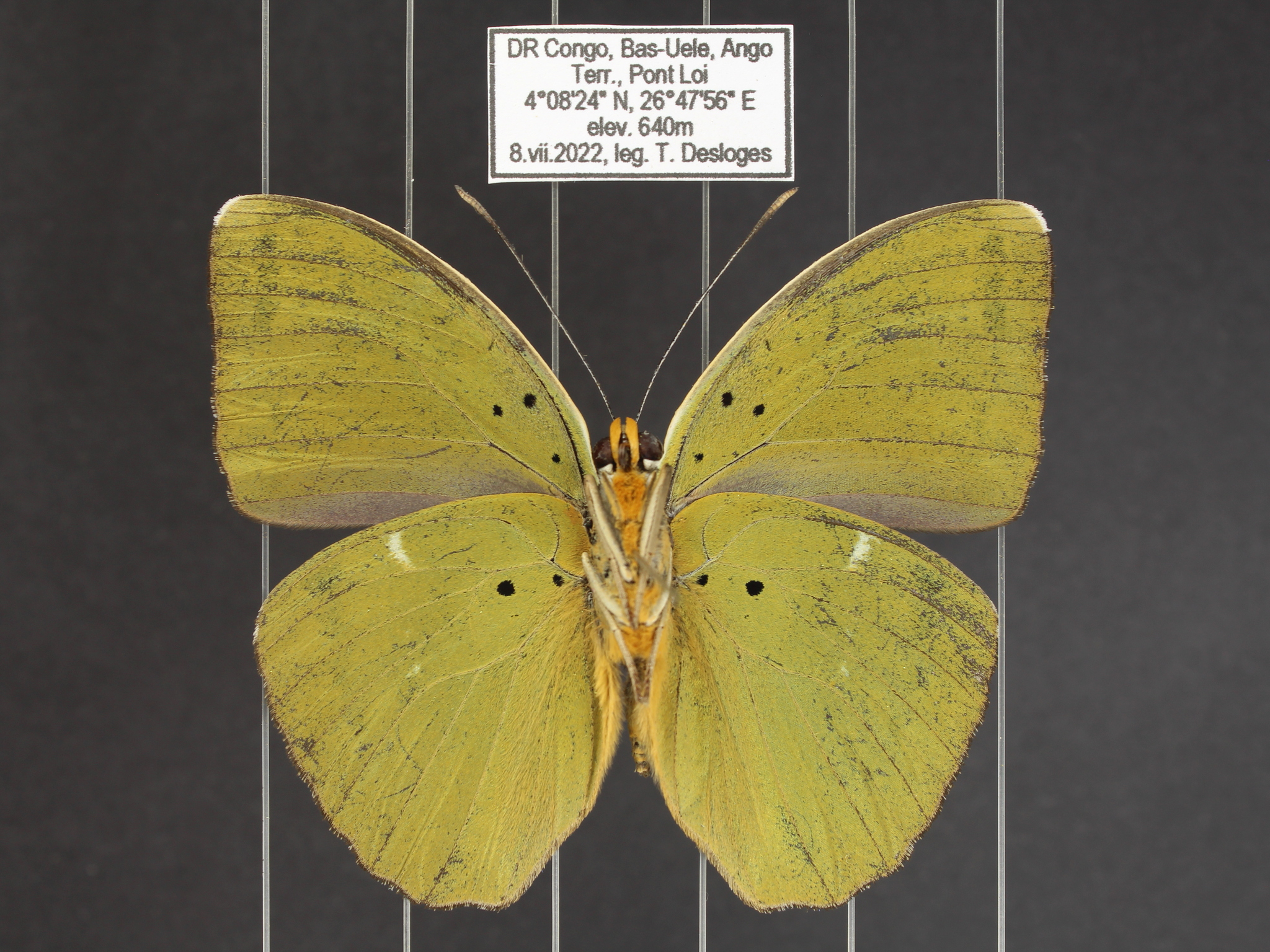 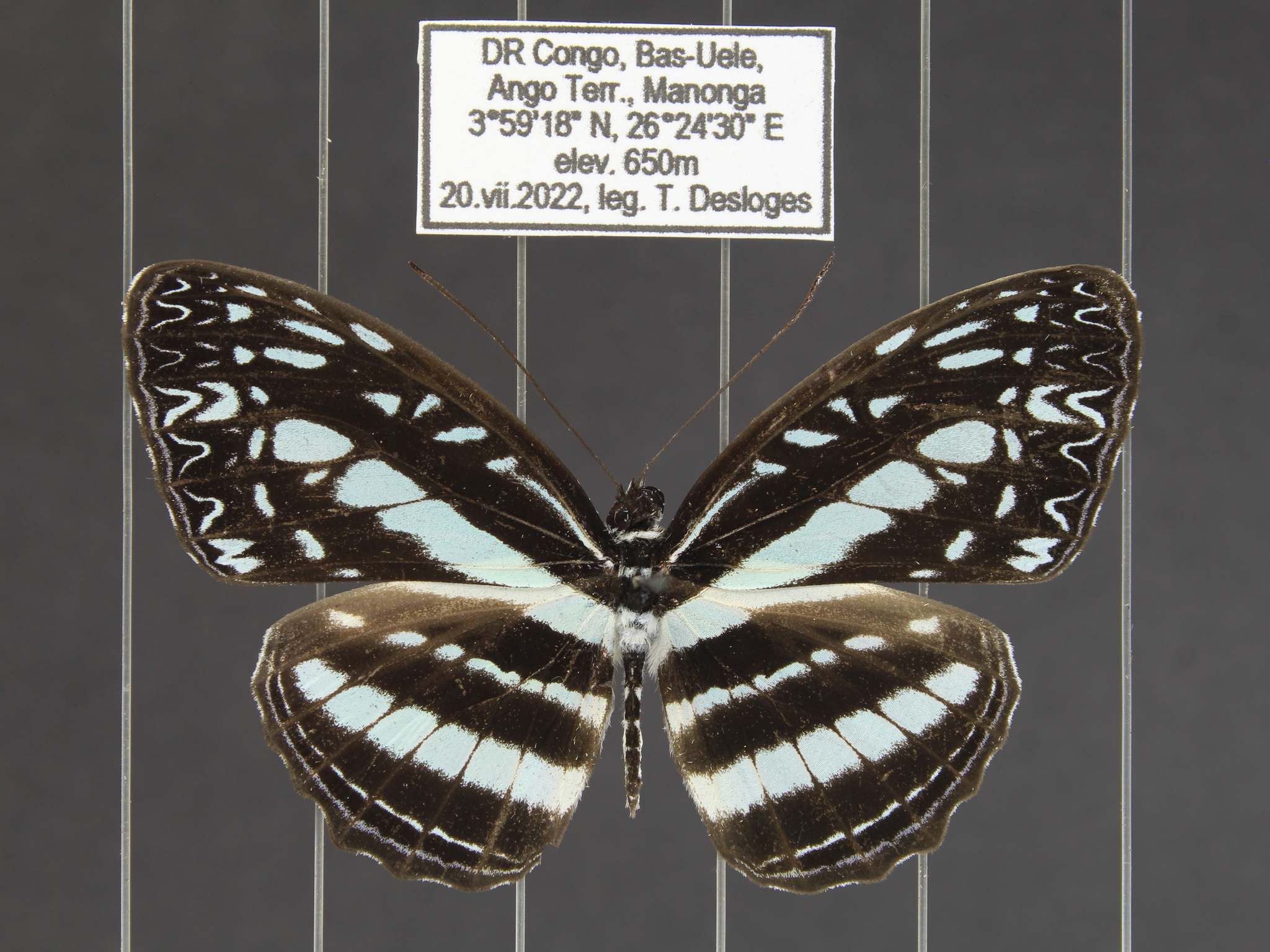 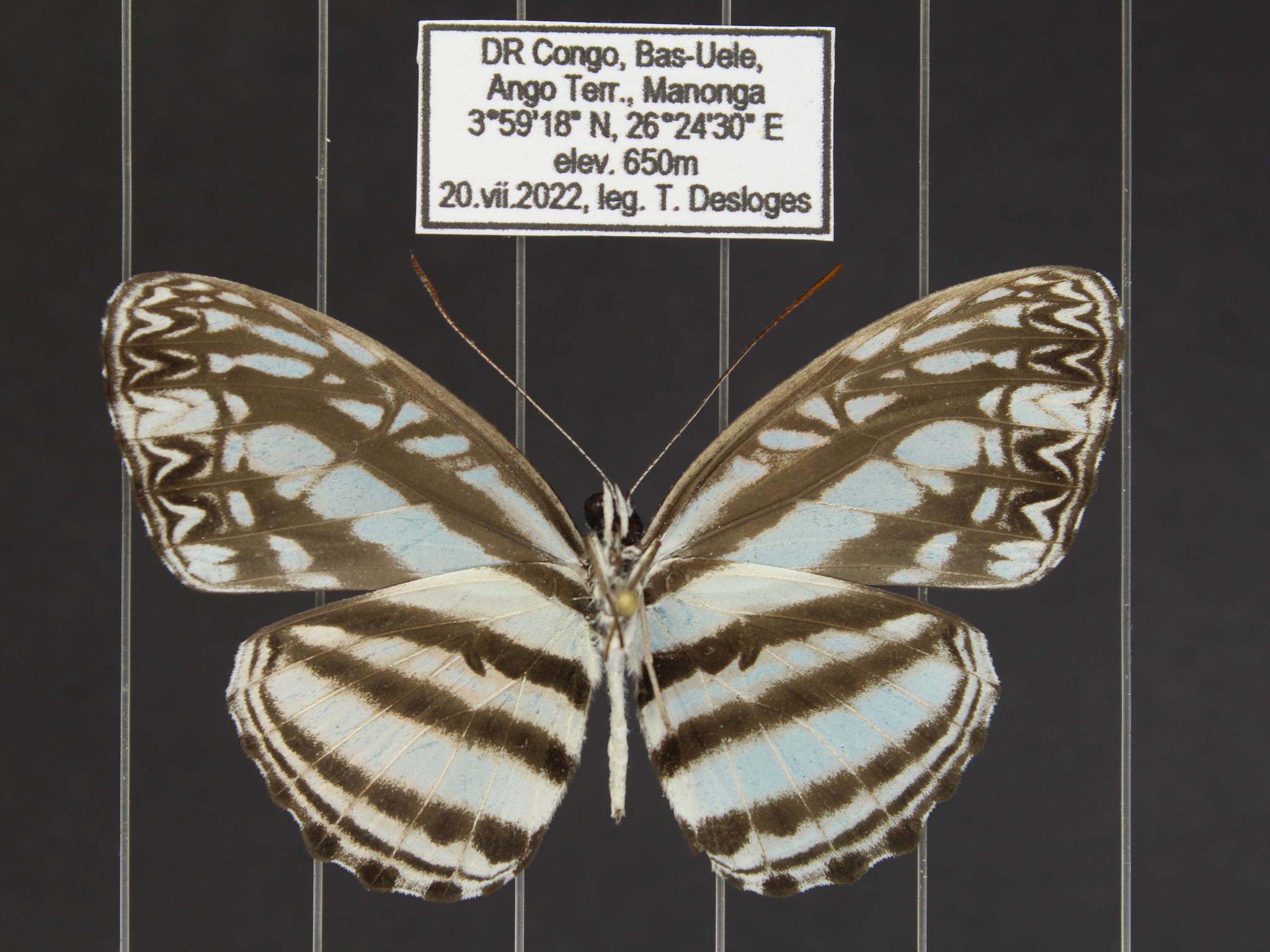 Check out a British 60s horror film "The Blood Beast Terror"
It has a preposterous lepidoptera related plot & Peter Cushing. An enjoyable romp !!

All you have to do is go on to YouTube and look up Dr Doolittle 1967 (end scene). That is the sequence with the giant lunar moth.

Dr Doolittle says in the film that it has a 60 ft wingspan !
Using a staff he roughly carves out its image in the sand of an island shoreline --- where it will land to pick him up.
Top
Topic: Movie magic ! | Author: Trehopr1 | Replies: 5 | Views: 118 There was also the '50s sci-fi movie "Mothra", featuring a giant moth. The larva was scarier than the moth.
Top
Posts